FortisBC’s Tilbury facility produces LNG that is among the lowest carbon intensity in the world. In fact, a new lifecycle greenhouse gas emissions (GHG) analysis from environmental consultant thinkstep (now Sphera) has found that Tilbury’s LNG is produced with nearly 30% less carbon intensity than the global LNG supply, on average.

These findings illustrate how LNG from Tilbury can lead to lower GHG emissions than LNG from other countries. This is worth noting as the International Maritime Organization (IMO), a specialized agency of the United Nations, has established a new fuel regulation to reduce the environmental impact of global marine shipping. LNG is one of the best ways to meet the new sulphur cap that came into force this year, leading to growing interest in its use as a marine fuel.

The findings also support FortisBC’s ambitious 30BY30 target to reduce customers’ emissions 30 per cent by 2030. In pursuit of this target, FortisBC commissioned the environmental consultancy, thinkstep, to analyze the lifecycle GHGs of LNG from the Tilbury facility as a marine fuel instead of petroleum-based fuels like heavy fuel oil, which has higher GHGs and air pollutants. The analysis also compares the lifecycle GHGs of Tilbury against other global LNG supply facilities. 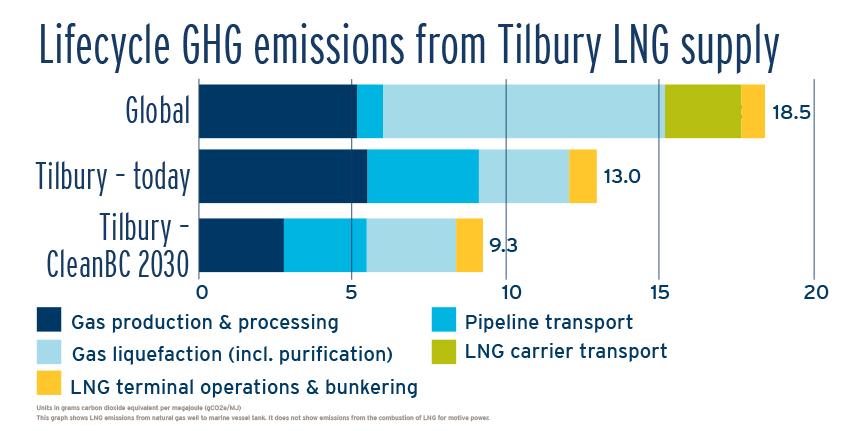 Among the factors considered in the analysis are the GHG emissions from producing and transporting natural gas from northern BC to the Lower Mainland, Tilbury’s LNG terminal operations and bunkering, and the combustion of LNG to power the vessels. Thanks mostly to Tilbury’s use of BC’s renewable hydroelectricity supply to power the facility, lifecycle GHG emissions are lower than the global average LNG supply. 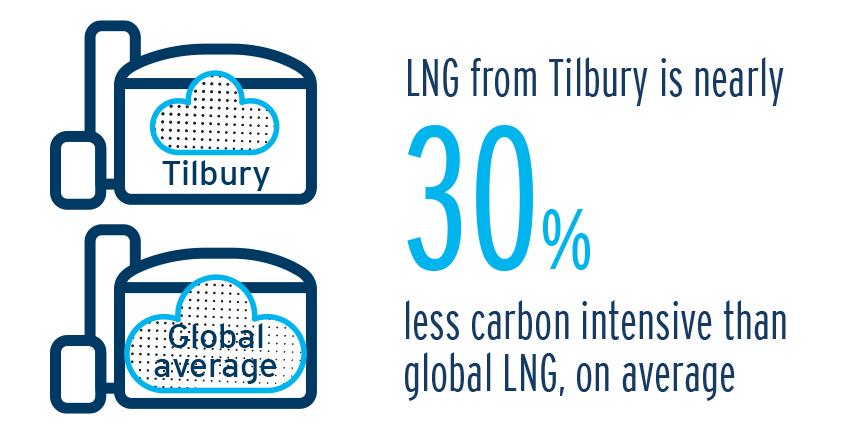 Tilbury is unique among global LNG facilities operating today in that it is powered almost entirely by renewable hydroelectricity, giving it an edge when it comes to a lifecycle analysis of emissions. The thinkstep analysis found that switching ships from petroleum-based fuels to LNG from Tilbury can reduce GHG emissions by 21-27 per cent depending on the engine type used in trans-Pacific vessels. By contrast, thinkstep found in a previous analysis that using global average LNG would result in just a 14-21 per cent reduction when used in the same engine type. 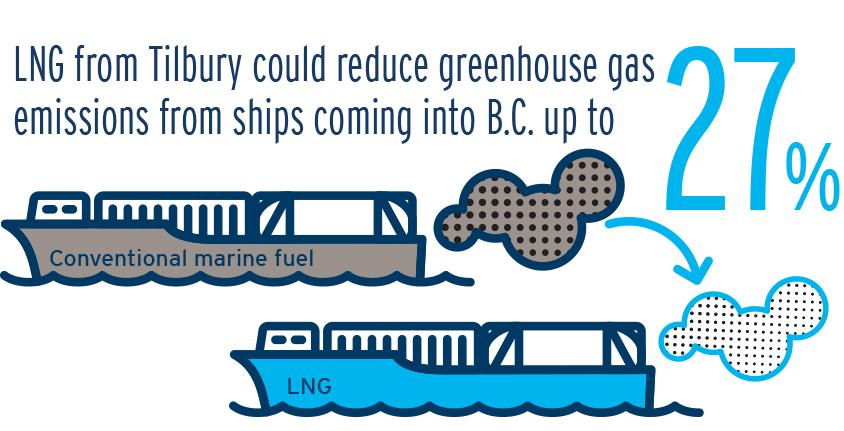 The strategy to reduce future emissions

Tilbury’s hydroelectricity-powered advantage is expected to grow as FortisBC works closely with the provincial government to align its policies with the government’s climate action plan, CleanBC. CleanBC contains measures for new upstream methane emissions regulations, and electrifying upstream gas production that could help lead to even greater reductions in the carbon intensity of LNG from Tilbury. If CleanBC is fully implemented, LNG from Tilbury could be produced and delivered to vessels with up to 50 per cent less carbon intensity than the global average LNG supply. 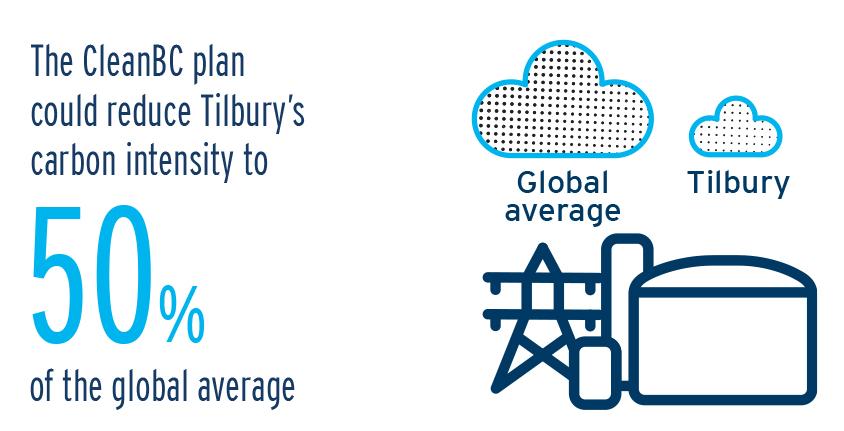 FortisBC is also making investments that could result in blending more biomethane, or Renewable Natural Gas (RNG), into the LNG mix to further reduce Tilbury’s lifecycle emissions in the future. FortisBC is aiming to increase the supply of renewable gases in its system to 15 per cent of all gas delivered to its customers by 2030 – further improving lifecycle GHG emissions. Bioenergy like RNG could be another key component of the long-term decarbonization strategy for international marine vessels.

In addition to lowering global greenhouse gas emissions, LNG can also significantly reduce local air pollutants compared to conventional marine fuels.  Using LNG would reduce sulphur oxides to almost zero, nitrogen oxides by up to 95 per cent, and particulate matter by up to 99 per cent, resulting in cleaner air in the Lower Mainland and our coastal waters. 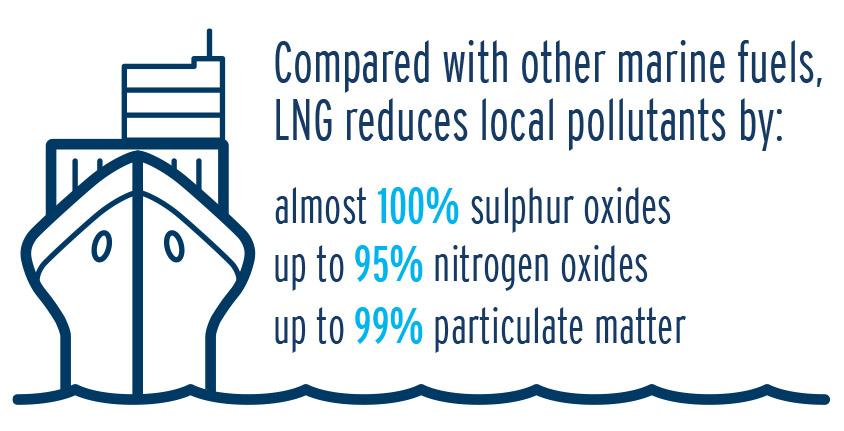 This is one of the reasons why the IMO’s sulphur cap is expected to bring significant environmental and human health benefits. The IMO states that many cases of premature deaths, stroke, asthma, lung cancer, cardiovascular and pulmonary disease can be avoided.

By investing in Tilbury LNG, FortisBC hopes to make Vancouver a hub for fuelling marine vehicles with cleaner fuel, creating jobs and bolstering the local economy. Increased use of LNG could also lower air pollutants at home and abroad, and contribute to lower global GHG emissions by replacing fuels like diesel and heavy fuel oil. Not only is there an economic opportunity for BC in providing LNG as a marine fuel, it may also have an important environmental responsibility to do so.