When a major construction project is in full swing in your neighbourhood, you know it—you can see it, and sometimes hear it.

But keeping everyone informed about what’s going on while the project progresses, and even before it starts, can help lessen the impact of construction.

The old familiar phrase “communicate early, communicate often” applies to our team’s approach to getting the word out about our Surrey to Coquitlam natural gas line upgrade project.

We go out and meet with residents, provide information about construction activities, and give them a chance to ask questions.

After one such face-to-face opportunity in Mundy Park we heard from Janet, a Coquitlam resident who routinely walks Kai, her self-described “rather large Rhodesian Ridgeback dog–all 110 pounds of him”–in the park.

Janet wrote us to say, "From the onset of this project, FortisBC has been extremely accommodating to the dog walkers of Mundy Park.”

On one of her weekend walks, she was pleasantly surprised to see a tent filled with FortisBC staff who were handing out information about upcoming work that was going to be done near the park.

“We were initially told that the off-leash dog park and the Chilko parking lot would close,” she says. “I really appreciated the information because I often meet my girlfriends at that entrance to walk our dogs. Knowing what was going to happen in advance meant we could make alternate arrangements.”

Janet was pleased when staff took her email address and told her they would keep her updated as work progressed. “I used to be a property manager and I handled a lot of major projects,” she says. “You guys have hit the nail on the head by keeping us informed.”

Once work began, Janet was happy to see the closures weren’t quite as predicted. “They were able to keep half the dog park open, and also half the parking lot.”

Even more impressive she says, was the condition of the work site. “There is no dust or debris on our trails and the construction disruption has been done in such a friendly manner you can’t help but want to accommodate the crew!”

Joanne Hunton-Sehdev, community and Aboriginal relations liaison with FortisBC, says Janet’s message was appreciated because the team works hard to engage with the public and demonstrate transparency.

“When you have a big project like the Surrey to Coquitlam Upgrade, there’s going to be some impact. Getting out in person and talking with people goes a long way,” she says. “We provide construction updates and information on the website, but when you can have a conversation with someone, you’re able to work directly with them to address their questions and concerns.”

She adds, “For FortisBC, it’s simply the right thing to do–to be out in the community talking with people.”

The Surrey to Coquitlam Upgrade project will continue throughout 2017. 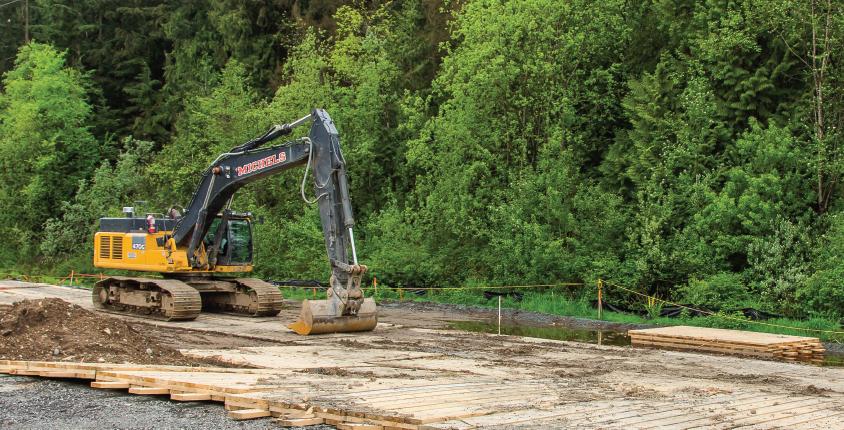 There is no dust or debris on our trails and the construction disruption has been done in such a friendly manner you can’t help but want to accommodate the crew!
Janet
Coquitlam resident

Finding ways to leave behind a positive legacy